I had put in an application for a pup, thinking we would get a new dog in the Spring of 2012. We applied early knowing there was a waiting list. We had lost our beloved Fraser (an Irish Wolfhound/Scottish Deerhound) of bone cancer last March.
Then the original buyers for Drummer fell through due to their family circumstances, and I was alerted to Drummer's availability. Judie knew of us because of Fraser, and believed we would be the best fit for Drummer.

At three weeks Drummer was 6.74 pounds. By five weeks his weight had almost doubled. 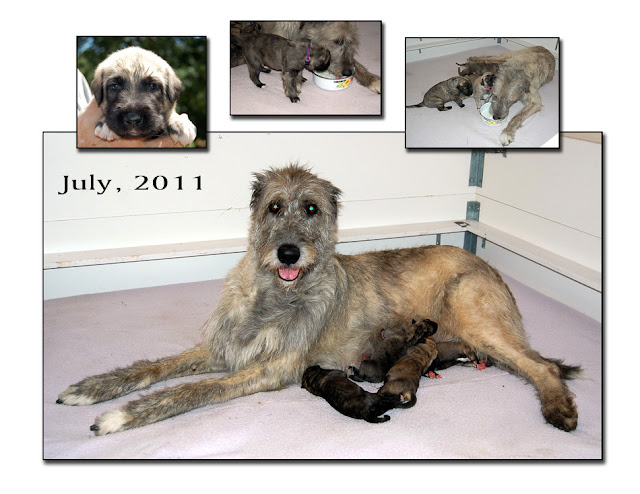