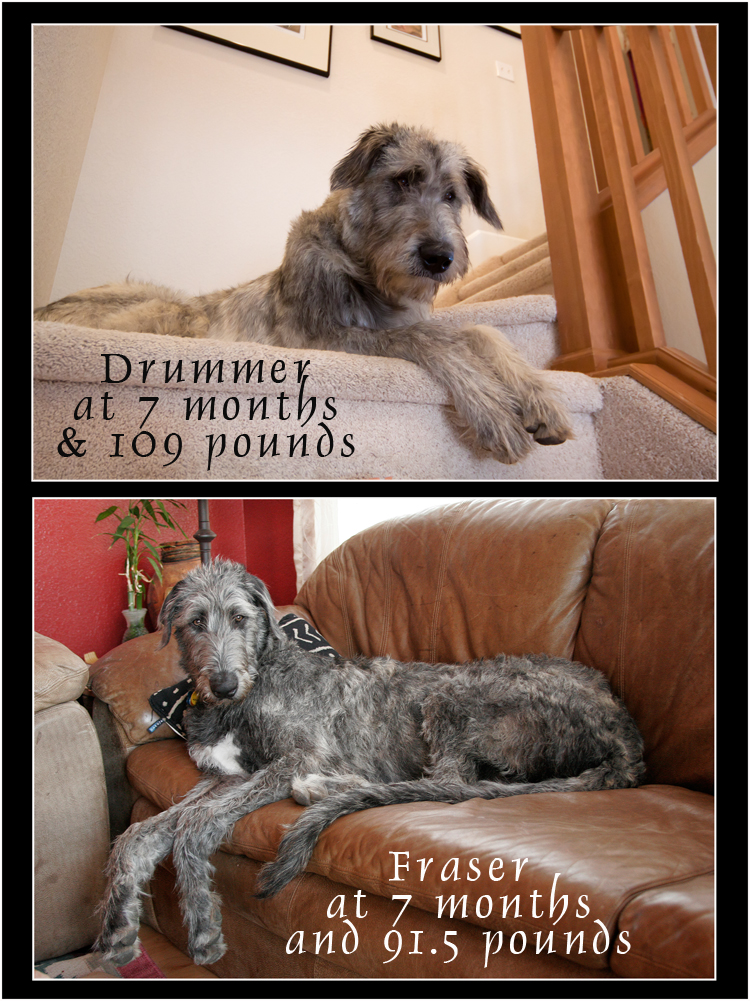 Drummer is now 109 pounds and 30" at the shoulder, a full 18 pounds more than Fraser at the same age. Fraser was only half Irish Wolfhound, and also Scottish Deerhound (a closely related, but lighter breed - that won Best of Show at the 2011 Westminster Dog Show). When full grown Fraser weighed 140 pounds, so its likely the stockier Drummer will weigh more. Although Fraser was quite tall (37" when fully grown), and at 7 months was probably taller than Drummer.

Drummer's getting too big for his crate, and as of last weekend, is being allowed to spend the night roaming the house. He has also been left alone in the house with no incidents of chewing or spotting for a few weeks now. Unfortunately, the last two nights has included a bout of diarrhea without my waking up. Until Fraser was over a year old his digestion was equally as unstable.

Drummer went through two weeks of being afraid to walk on the wood floors. I believe this followed slipping with snow covered paws. Judy cured his neurosis by exposure therapy combined with treat rewards. He's now back to normal: still a puppy yearning to play with every dog in sight, an affable greeter of visitors at the office (who then will lay down and not be a pest), and an agreeable constant companion.
Posted by Mike Holtby at 12:11 PM